Whether it’s making sure you know about the greatest venues or offering you the best wedding budget tips and advice, WedElf’s aim is to always bring you the very best wedding information to help you plan your special day. Our approach to wedding dress designers is no different; we’ve searched the world over to bring you some of our favourite wedding dress designers – and of course, with a focus on couture, darling. So whether you’re after a traditional silhouette or a more daring and fashion-forward number, we’ve got you covered.

Read on to discover some of our favourite wedding dress designers from across the globe.

Our latest obsession is Ziad Nakad, a couture designer from Lebanon. His bridal and haute couture gowns are quite simply a work of art and follow a common thread of the utmost femininity.

Ziad Nakad’s past collections have been inspired by the more delicate things in life, like butterflies and flowers. And when you look at his work, it all makes sense, because you see his inspirations translate through to elegant silhouettes, sheer fabrics and applique embroidery.

His bridal collections tend to favour full ball gown skirts that really make a statement, while his haute couture collections (which by the way include options that are perfect for brides) follow softer silhouettes.

If you’re keen on being a bride that really turns heads then a Ziad Nakad gown might be for you.

New York-based designer Leanne Marshall is a self-confessed ‘dreamer of dresses.’ Her beautiful collections have been shown at New York Fashion Week, as well as many other fashion weeks around the globe for the past 10 years.

While you might not recall her name, you would’ve seen her work. She regularly dresses some of the most glamorous women in Hollywood and her gowns have been featured in the likes of Martha Stewart Weddings, Elle, The New York Times and more.

Her signature bridal line is known for its timeless sophistication and utilises only the finest materials, therefore a beautiful choice for brides who want a dress that will compliment and not overshadow their beauty.

Ralph & Russo is the brainchild of Australian design-duo Tamara Ralph and Michael Russo. While the designers have been well-known on the ready-to-wear and couture circuit for years when Megan Markle donned one of their gowns in her engagement photoshoot the brand quickly reached international prominence.

After 10 years in the business, their couture atelier is now a global powerhouse. With a focus on femininity, modernity and creativity, it’s not hard to see why especially when the brand focuses on design that is ‘approachable’ – they recently told Harpers Bazaar that they want to avoid ‘arrogant luxury.’

What kind of bride would wear Ralph & Russo? A daring bride.

When it comes to couture bridal, alongside Vera Wang and Monique Lhuillier, the other designers on everyone’s lips are Georgina Chapman & Keren Craig, better known as Marchesa.

Marchesa is a fashion powerhouse that has dominated couture and bridal design for many years. Quintessentially English, the Marchesa bride is elegant and ethereal.

Described as modern bohemian bridal, this New Zealand based label has made massive strides in recent years, becoming a cult go-to label for brides the world over.

Michelle Corty, the woman behind Rue de Seine came from a ‘ready-to-wear’ background in Paris where the focus was predominantly on high-end fashion trends. Her experience of working in fashion and living in a bohemian Parisian neighbourhood continues to be a source of inspiration.

According to Corty, her experience in ready-to-wear design, where she has closely followed current fashion directions has allowed her to look at bridal wear from a completely different point of view.

Move over Ziad Nakad – there’s another genius wedding dress designer in town, Elie Saab. It’s hard to believe, but Elie Saab is actually completely self-taught. He started at the age of 9 (now 53), where he was sewing clothes for his mother and sisters.

Eventually, he started selling clothing to women in the close-knit community where he grew up. Today Elie Saab dresses some of the most famous and influential women in the world and has studios in Lebanon, Milan and Paris, as well as boutiques all around the globe.

His most recent bridal collection took inspiration from the cherry blossoms of Japan, which shows in the floral embellishments and motifs, as well as his first use of blush in any of his bridal collections.

Founded by renowned bridal designers Joy Morris and Philippa MacKinnon, Pallas Couture creates some of the most exquisite gowns on earth. This dynamic duo is committed to creating beautiful designs that marry traditionalism with a modern aesthetic.

Pallas Couture isn’t for the faint-hearted. If you’re wanting a jaw-dropping entrance and a gown that is classic and tasteful with a hint of sexiness, then look no further.

Hermione de Paula gowns are most definitely for the unique and ultra-feminine bride. These hand-crafted gowns are embroidered with floral motifs, creating insanely beautiful pieces of art that truly blow people away.

Each gown goes through a very detailed and intricate process, which produces a modern and unique wedding gown that is perfect for brides who love the pretty things in life without being sickly sweet. 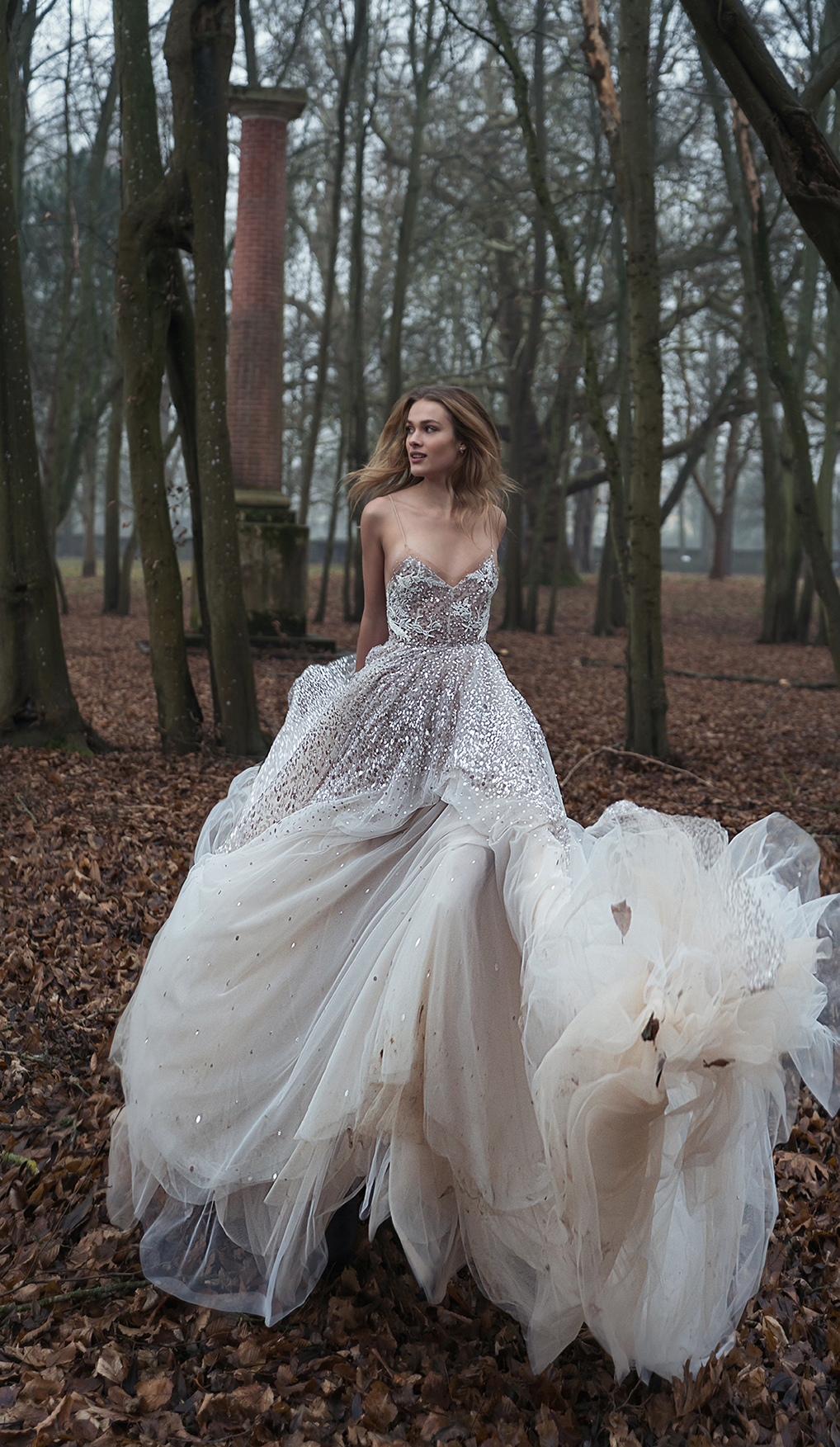 If you haven’t heard of Inbal Dror until now, take it from us, it won’t be long until you hear her name everywhere. Originating in Israel, Inbal Dror’s label is simply magical. Using beautiful weaves, gorgeous fabrics, beads, embellishments and dustings of sequins and jewels, the resulting gowns are truly a sight for sore eyes. 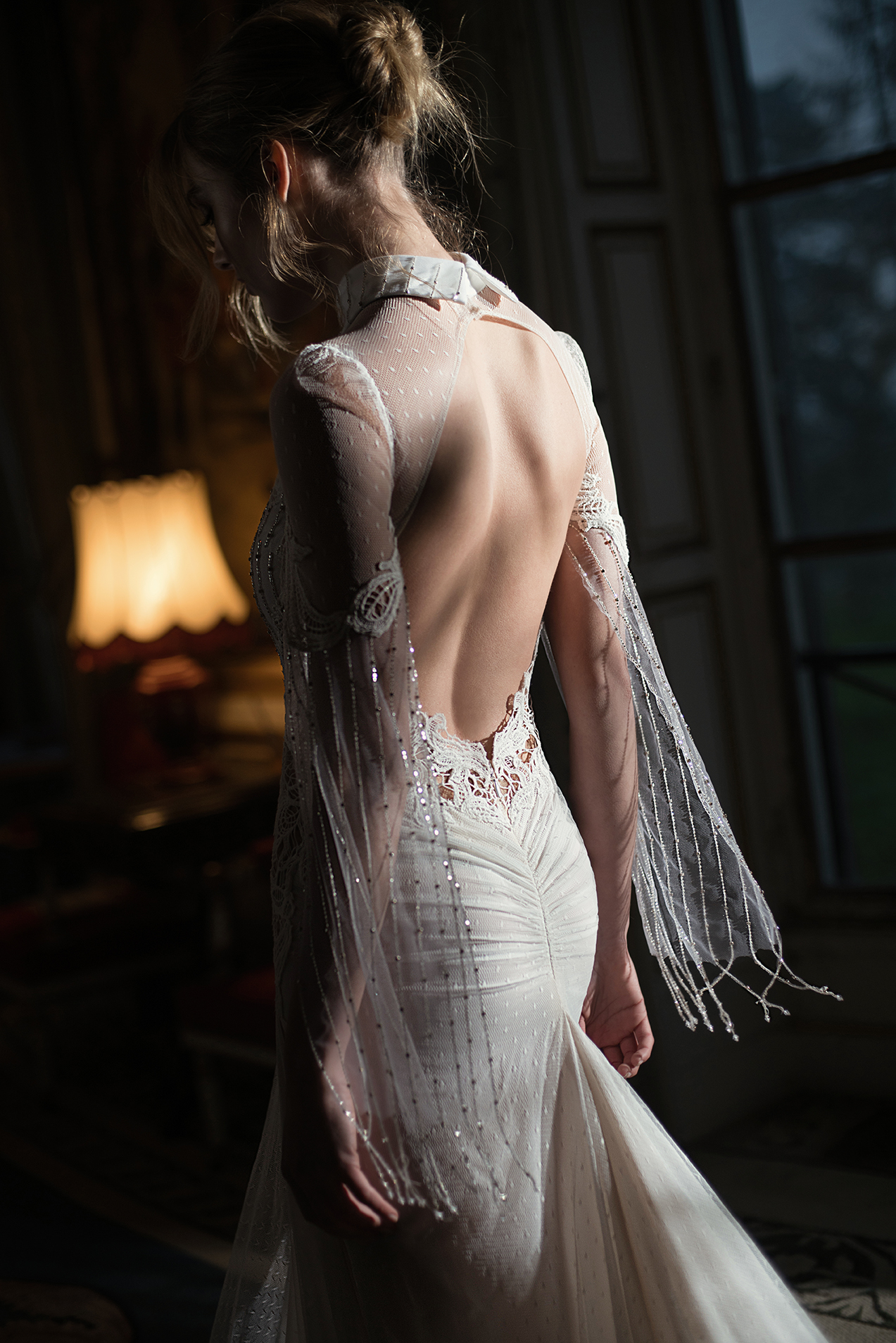 Inbal’s gowns are for the bride who wants something incredibly special; while plenty of unexpected techniques and materials are used together, Inbal’s delicate hand and genius somehow manages to make it all effortlessly work.

According to French-Israeli designer Liz Martinez, when she was a young girl she used to sit in her room flipping through the pages of Vogue magazine, drawing pictures and dressing her dolls. She was always passionate about fashion, studying fashion design at 18, opening her own studio shortly after, and quickly moving up the ranks to become one of Israel’s most sought-after bridal designers.

While she creates plenty of gowns to cater to the uniqueness of every bride who wears her designs, there’s one commonality between them all: they’re all incredibly elegant with a focus on glamorous details that are eye-catching without ever being garish.

Wedding Gown Trends
All Unconventional Brides
are Sure to Love

What do you think? Cancel reply